Pyramid Principle and the Rule of Three 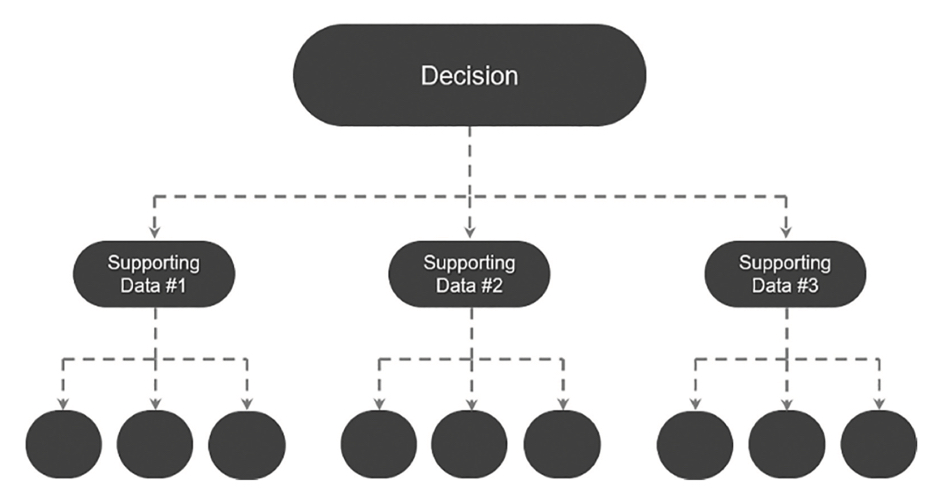 One model that provides you with that structure is called the Pyramid principle. The Pyramid principle, first created by business consultant Barbara Minto, advocates that ideas should always form a pyramid under a single thought.

According to Minto, “The mind automatically sorts information into distinctive pyramidal groupings in order to comprehend it. Any grouping of ideas is easier to comprehend if it arrives presorted into its pyramid. This suggests that every written document should be deliberately structured to form a pyramid of ideas.

The Rule of Three principle ties closely to the Pyramid principle.

The Rule of Three principle ties to the importance of how a story is comprehended more easily when the information for each node of the pyramid is presented in groupings of three. Research has shown that groups of three are often the magic number to make information easy to map, retain, and recall.

When you are communicating your story, there are multiple points at which you have to explain the why, the current state and challenges, what you expect to happen as a result of the decision, and next steps. In each of these places, use the Rule of Three to provide three messages. This will help you prioritize what you want to say and will also keep the communication to a time span that will hold people’s attention.